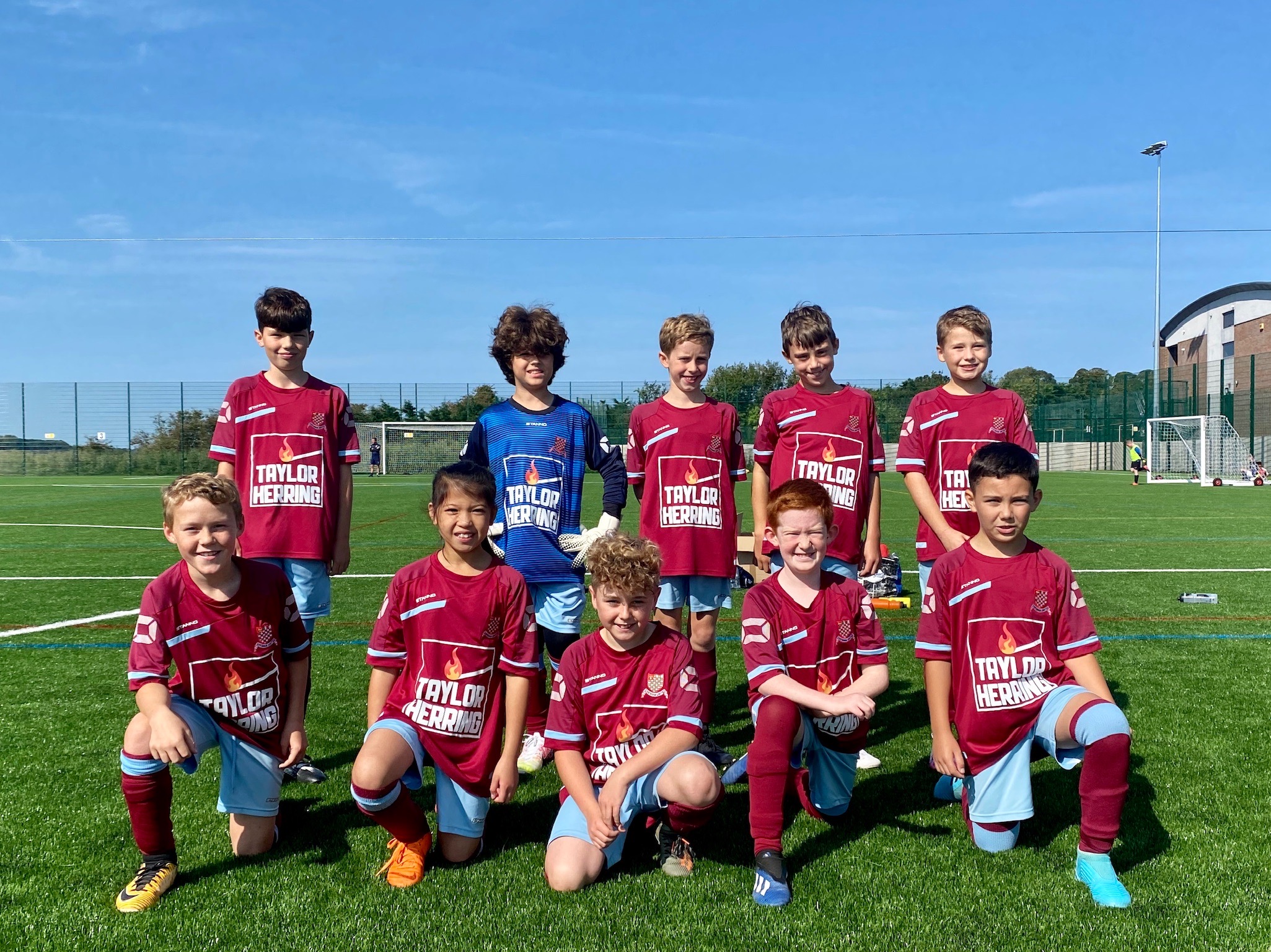 The boys have had a brilliant season so far. They are such a joy to coach and watch play and they get better and better. Craig and I are very proud of them. Keep it up lads! ⚽️

As we head into the Christmas break, I’d like to take this opportunity to thank everyone connected with our U8’s squad. Matt, who organises excellent Saturday morning training sessions, Lisa and Giles who have ensured the teams are well turned out in ‘Flying Start’ sponsored match/training kits and last, but not least our parents who provide cracking support and encouragement (whatever the weather throws at us…!) during Sunday matches in West Herts League.

The ever ebullient Pirates ????‍☠️  stand at won 5, drawn 1 and lost 5 at the Christmas break. We scored 10 twice but conceded 11 once too. Edward is top scorer, Ayrton top keeper and we welcomed Leo, Liam and George to the side.

After a summer of change in personnel & league, the U10 INVINCIBLES have started to come together & at times have played some really good football in this stop/start season. They have stuck to their principles when the going got tough!

We brought in 4 new players and 2 ‘returners’ who have settled in very well. The teams have shown resilience in the face of strong opponents and continued to play, enjoy and develop.

The boys are currently lying second in the league and have had some tricky challenges this season. They are really starting to gel as a team now and Mark and I can’t wait to watch them get better and better as we move into the back half of the season.

The Clarets u13s are currently 2nd in a very competitive West Herts Sunday league.
We started with a draw, then a loss before 5 straight wins put us up to 2nd only 1 point off the top with a game in hand. Several opposing managers have commented how well the team play and how they play the game in the right spirit.

A mixed start to the season for the u17s.  We were slow to get out of the block with two losses and a draw.  Once we got the taste of victory though we have won three and lost one crazy match that we really should have won. It was a shame not to get a game after the tier four announcement, as we were on a bit of a roll and it was a chance to take three points from one of the teams above us.